I was still working on my Texture series at this time, including some oil/alkyd paintings that I had been working on for several years, building up countless layers of transparent paint. This labour-intensive technique creates a glowing pearlescent effect when the painting is viewed under the right lighting conditions. Unfortunately, Transit Space didn’t provide those lighting conditions, but it was still nice to have my work on display in Toronto 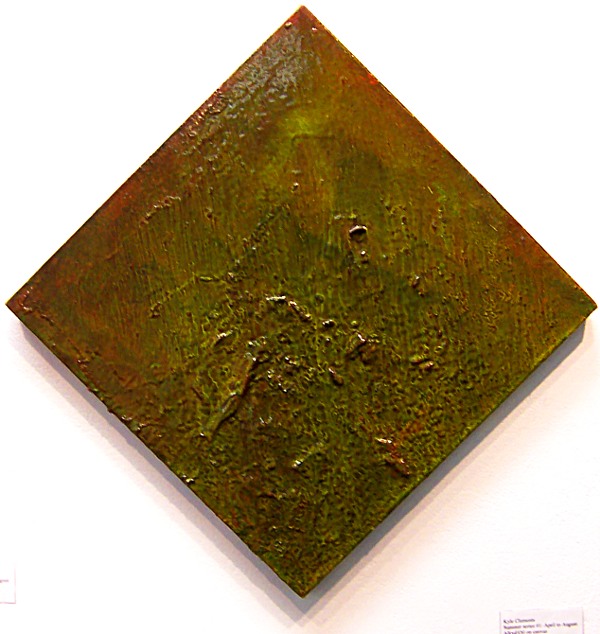 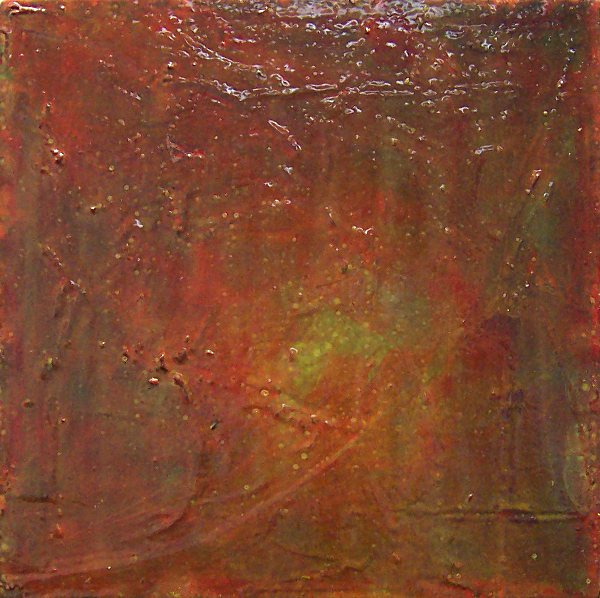 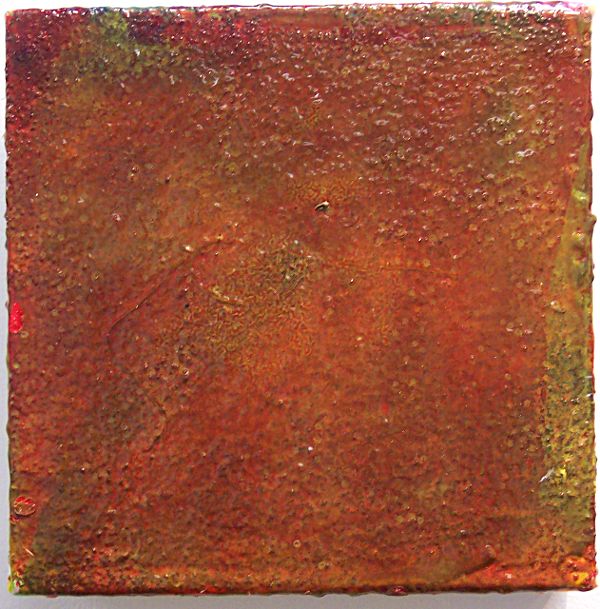 I was also working with acrylic at this time. Acrylic doesn’t have the same transparency as oil, so the glazing technique wasn’t nearly as impressive. I threw in some pearlescent pigments, and had a stronger pearl effect after 15 minutes than the oil paintings had after two years of work! 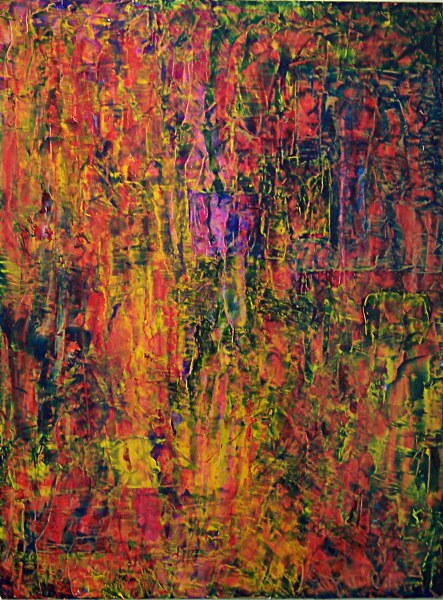 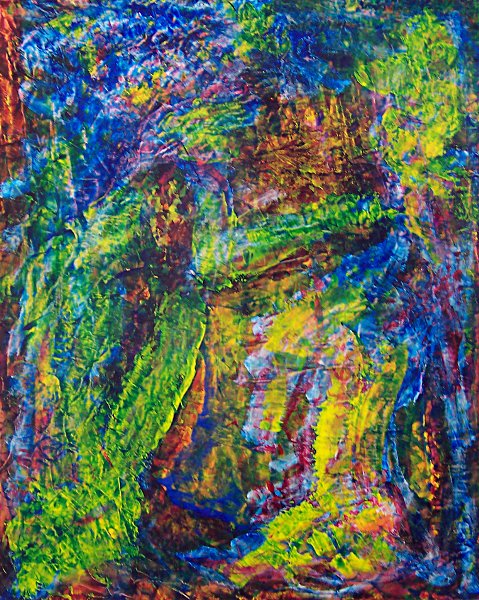 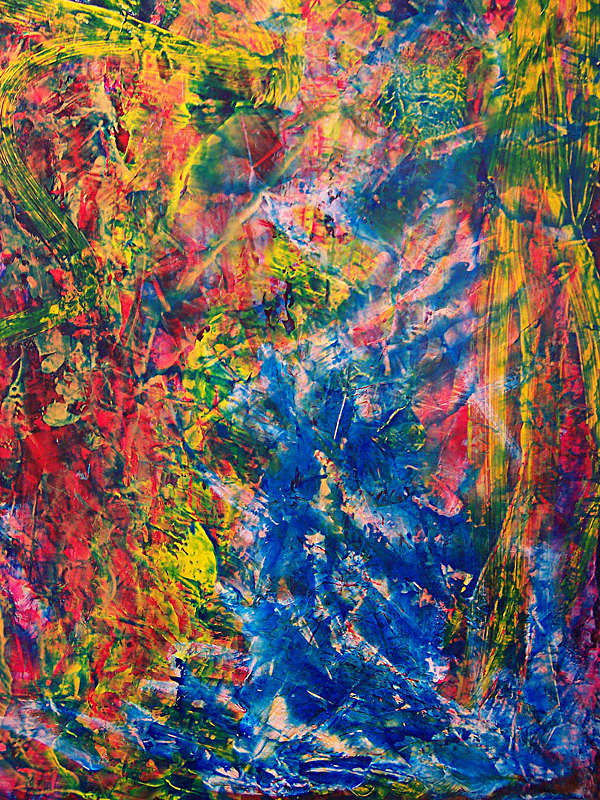 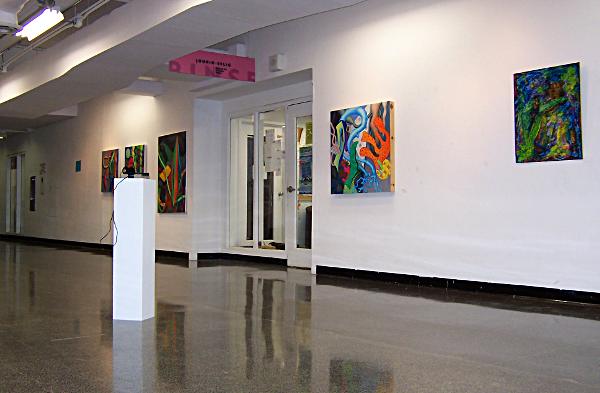 The plinth in the centre of the space presented a CD player, which contained Brad Blucher’s sound piece. You would not believe how much use Bard has gotten out of that plinth. He still has it to this day, and its been sanded and repainted so many times, it looks better today than it did when it was first constructed. Four of Mark Zydaniuk’s paintings can be seen in the background, along with one of mine on the right. 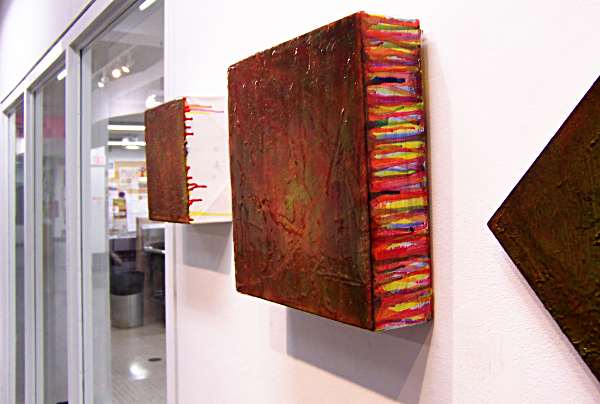 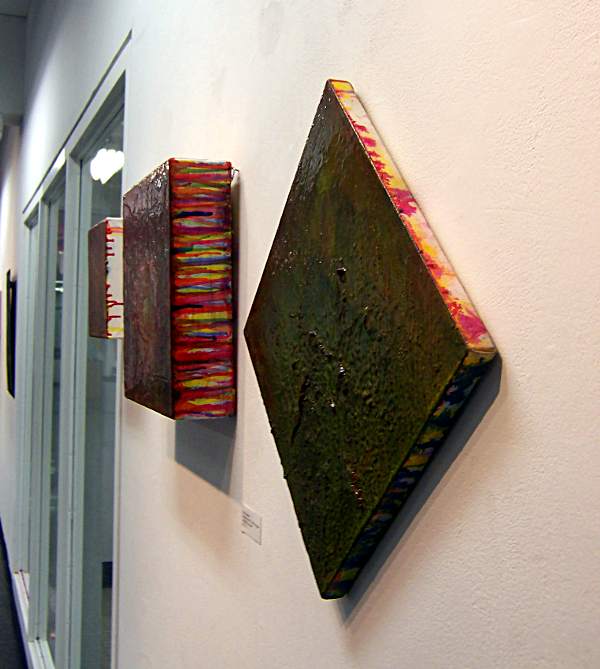 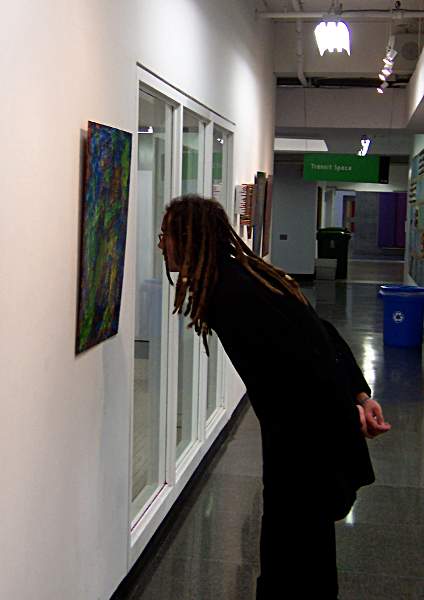 Brad Blucher takes a close look at one of my paintings. Brad, I miss the awesome hair!