The Essential Evening of Music series was a number of shows put on by David Connors. They combined art and music, and encouraged people from the two circles to mingle and share ideas. I believe this was the last show in this series.

This was a very eclectic show for me. I had very little notice, so I had to throw something together in the limited amount of time I had available. My work was going to be scattered across several different walls in different rooms, so I treated this show like three mini-shows, with each section having a certain theme. If people didn’t know me, they would think that this was the work of three separate artists. The venue was very well suited for showing The Body Room, so I gave it the best spot, and arranged everything else around it.

The Body Room series was inspired by the cold storage room in the basement of a house I was renting back in 2004-2005. While the rest of the house was rather nice, this one room had a very dark, menacing atmosphere. It felt like a crime scene, or something out of a horror movie. Among my friends, this strange room eventually became known as ‘the body room’

I wanted to capture the feeling and atmosphere of ‘the body room’ in an art series. To create these works, I started by photographing every square inch of the room, and capturing each object from as many angles as possible. Using a combination of Photoshop, and acrylic paint on the images, the textures and tone of the body room was transferred to these images. 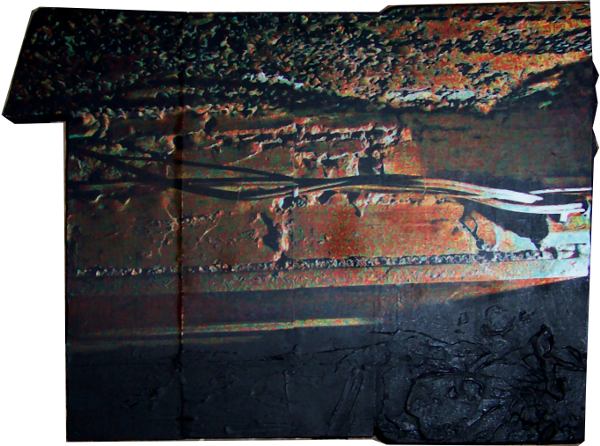 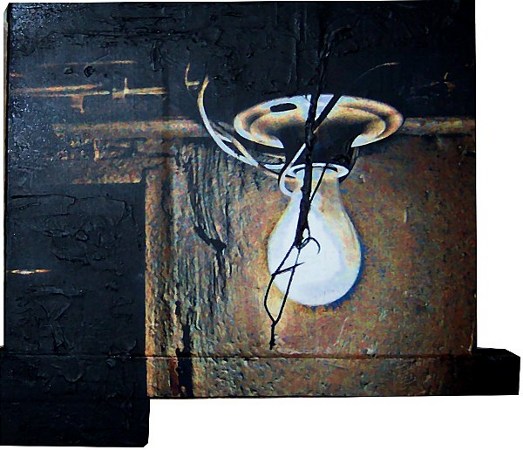 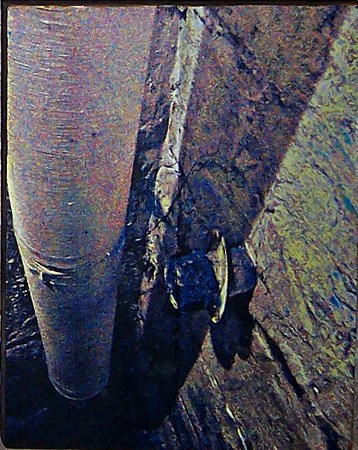 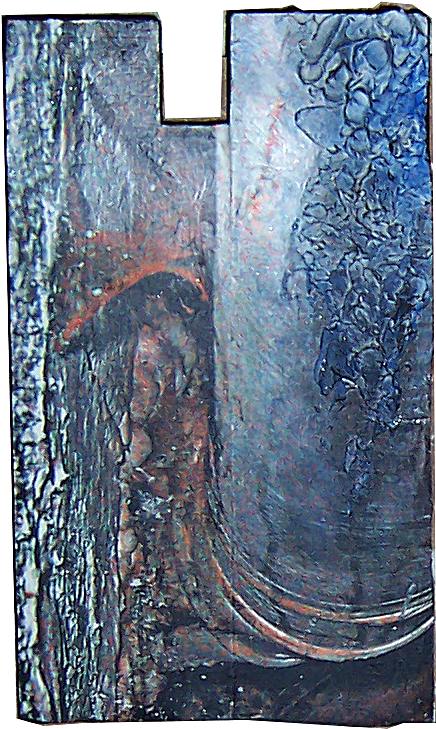 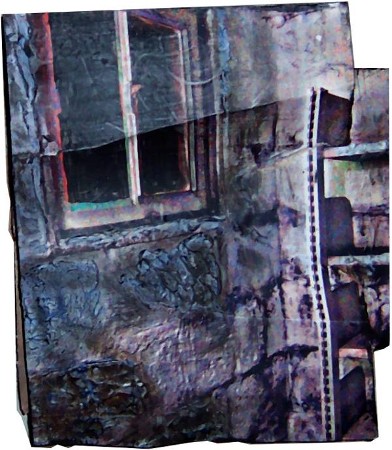 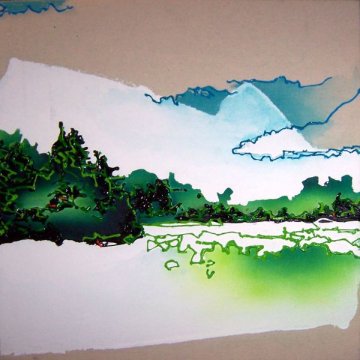 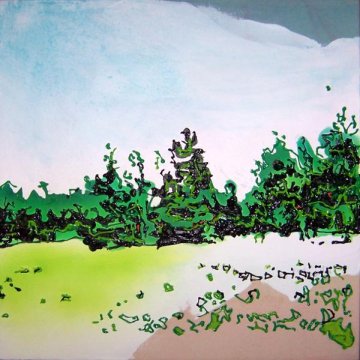 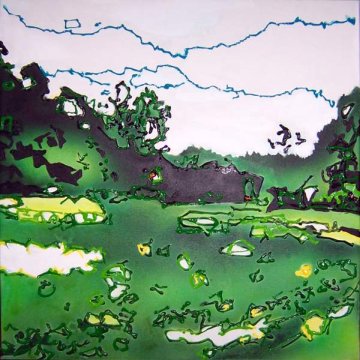 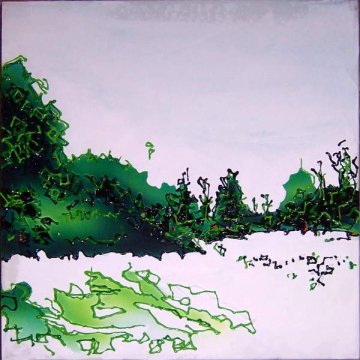 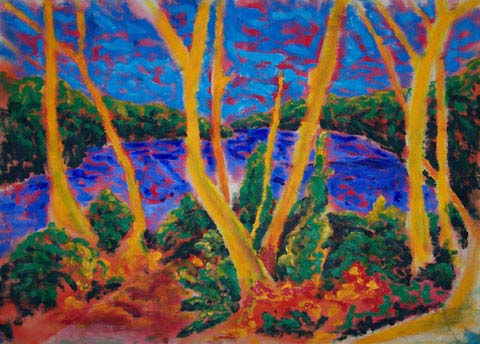 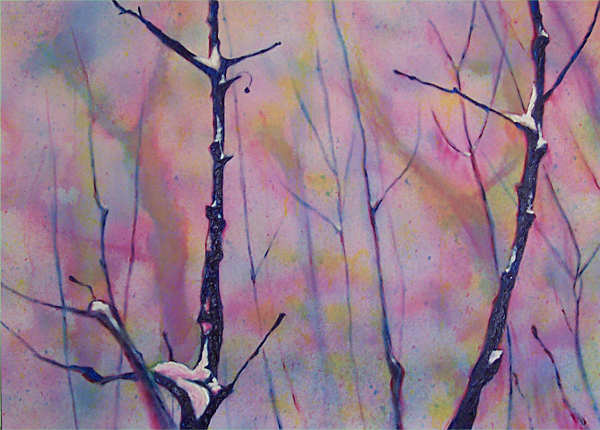 These abstract pieces are kind of random. I just threw these on the wall because there was some blank space left over, and I figured, “why not fill it”. These are probably three of my favourite early abstract pieces. I was really happy with how each of these turned out. Each one represented a major learning curve or achievement for me. 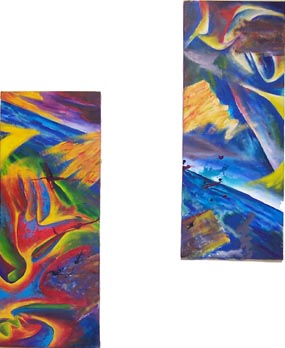 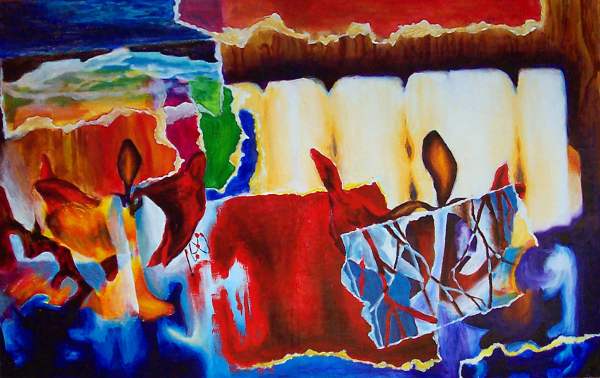 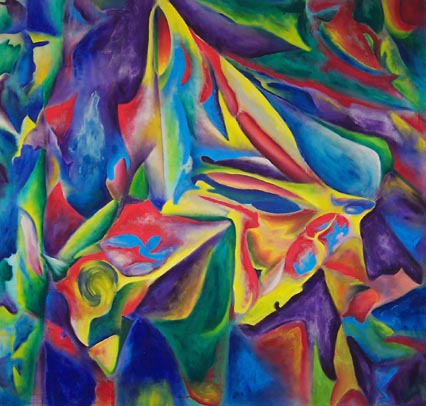 I spent two years working on this piece. I kept thinking that it was done, so I would show it. Then I’d notice something that had to be changed, so I’d get really embarrassed, and repaint it after the show was down. I probably have more hours in this one piece than any other painting. 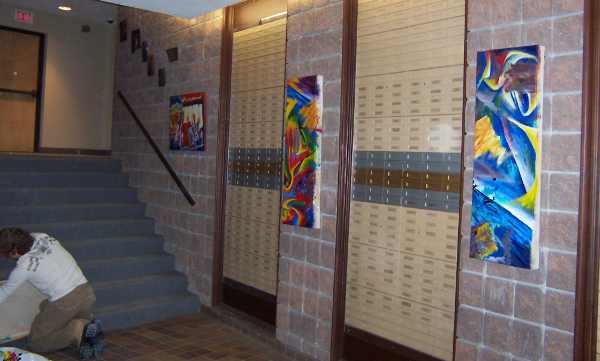 Dave not only had to set up much of the music gear, he also helped me unpack and install the art. 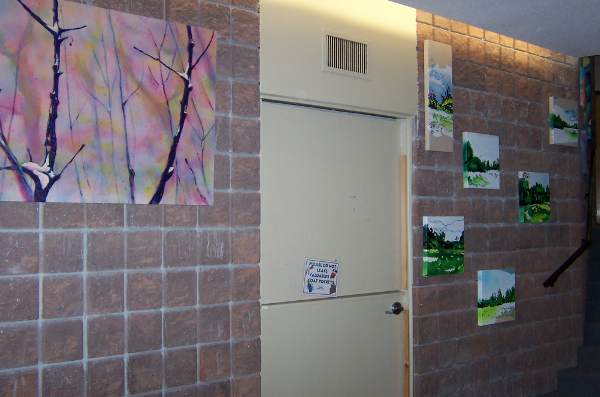 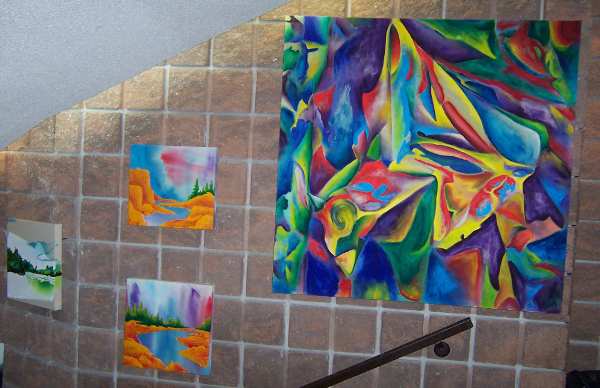 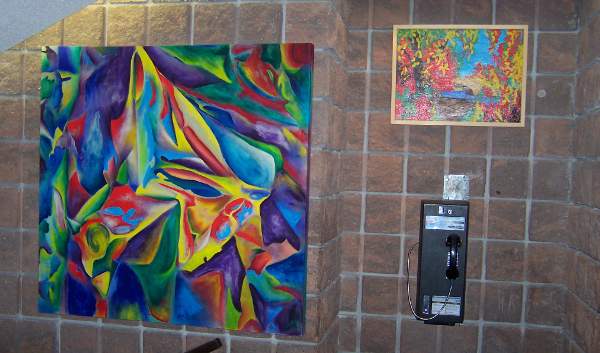 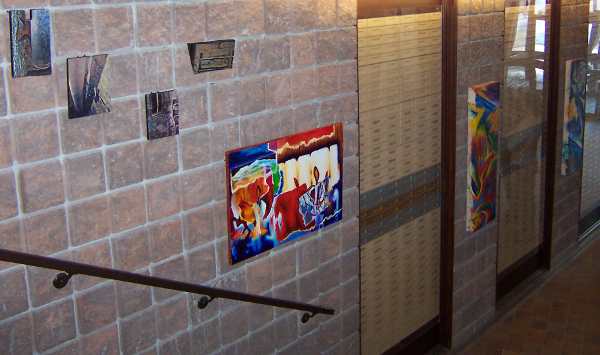 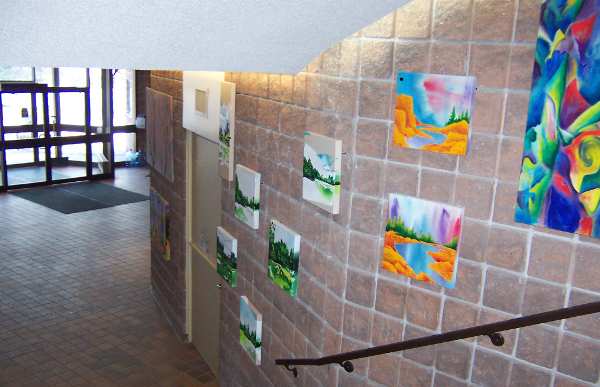 Hanging paintings on a curved wall presented some novel challenges. 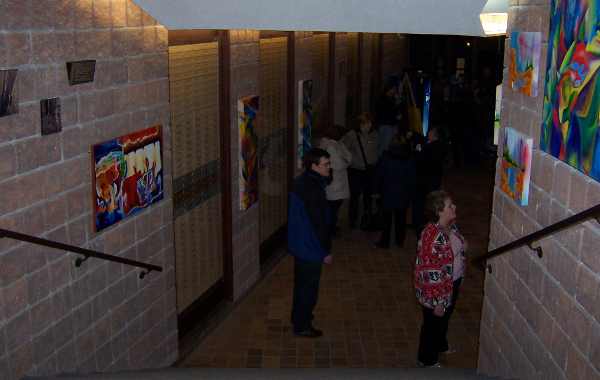 After the concert was over, people took the time to stop and look at my art a second time. 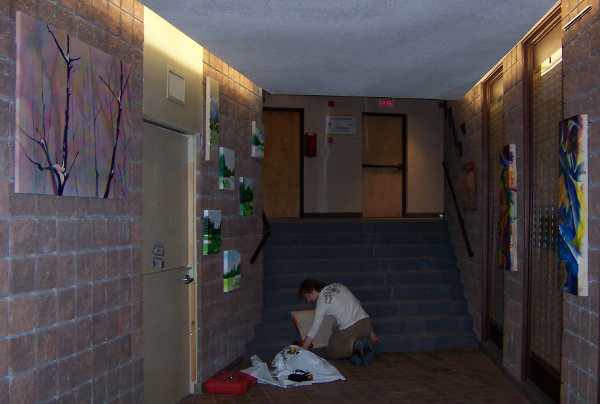 Dave helped me unpack and install the art.