Brad Blucher and Kyle Clements decided to team up once again to create a project for Nuit Blanche in Toronto.  Site 3 CoLaboratory is jumping into Nuit Blanche as a venue for a collection of light-based projects and installations.

This “Photon Gallery” is going to be hosting a number of very large, expensive, elaborate, technically sophisticated projects, and Brad and I decided early on that we did not wish to compete against or ‘one-up’ the other projects; we wanted to take a more subtle approach, and bring a very simple project that would accent the other works, rather than fight for viewer attention.  This seemed like the perfect opportunity for “Moire Box: Ripple”, which generates a visually striking effect, but is a rather quiet project, and doesn’t demand much from the audience beyond several seconds of attention.

Brad and Kyle worked together to create a series of videos explaining their motivations behind the project.

Site 3 Colaboratory is located at 718R Ossington, in a sketchy back alley on the SouthWest corner of Ossington and Bloor. 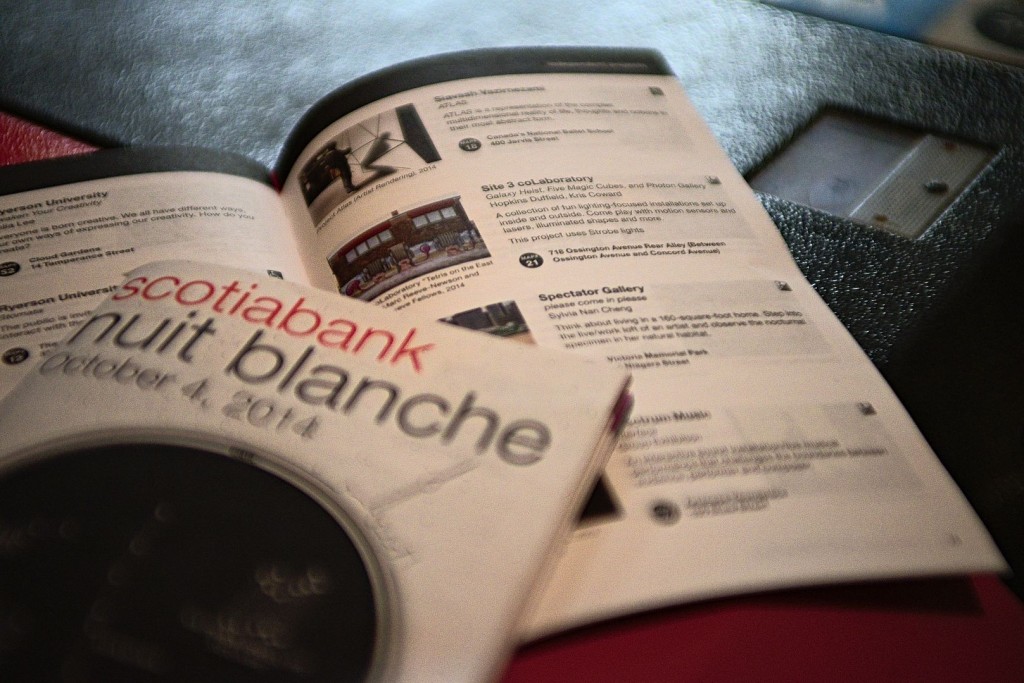