As Brad and I were organizing the images for inclusion in Illuminated Landscapes, we were initially intimidated by the large number of images before us. We found it helpful to sort the photos into several groups of similar images.

We each came up with a few general categories. The working titles for these groups were pretty bad, it was just the first thing that popped into our heads, nothing too deep or poetic, but the idea to sort them like this was a tremendous help.

A single folder with 200 images can be very overwhelming go through, but when I had 10 folders with 20 images in front of me, I stopped seeing the image as isolated things; I began to see them as part of a series. This made sorting much easier. It wasn’t about the image any more, it became about what images worked best together. What could have been days of beard scratching was reduced to a few hours of work.

We didn’t title any of the sections in the book, since we decided to keep text to a minimum. Other than the opening blurbs, this is just about images. No captions or quotes; just text.

Over the next little while, I plan on using this place to present the groups of images.

I will start with a group of photos that is pure Kyle; not one of Brad’s shots made it into this folder. This folder was simply titled “Pollock”, and when you see the images, the reason for this name should be fairly obvious. 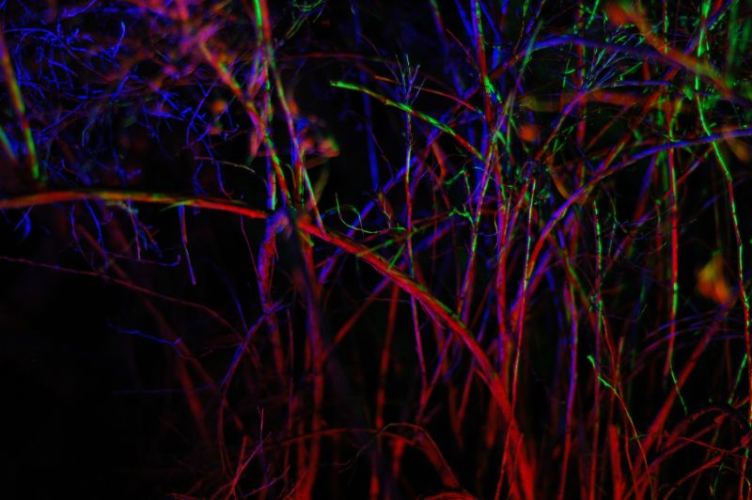 These images were taken in my parent’s backyard. Years ago, a vine started growing out of our compost pile. It worked its way up and around the deck. We didn’t bother to get rid of it, because in the spring, beautiful flowers bloom from its twisted branches. 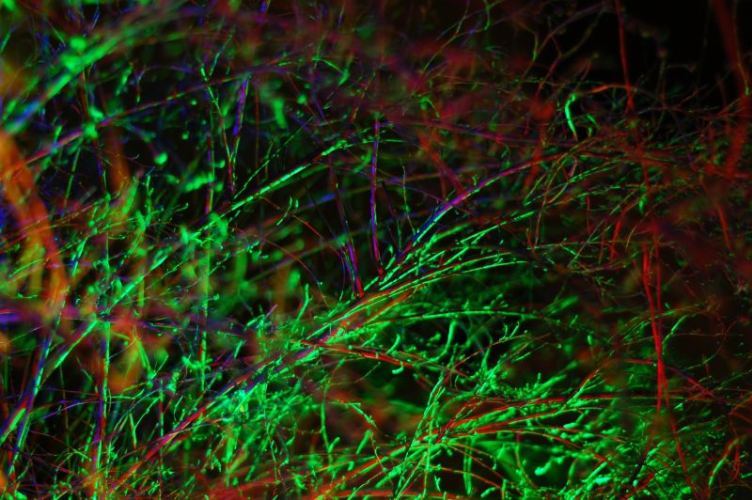 The vine started to take over a shrubbery, but it hasn’t killed the shrub yet. 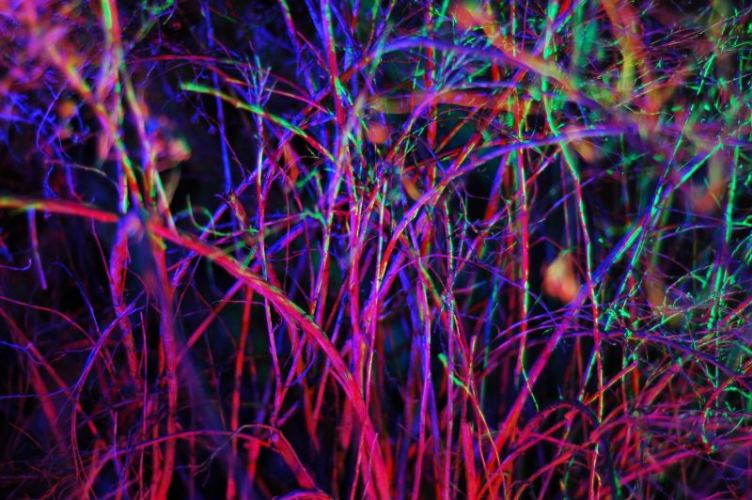 I like how the shallow depth of filed and vivid colour so closely resembles the way paint spreads out when applied wet-into-wet. The highlights on the branches almost look like drips of paint.

It is difficult to create unique colour combinations when I am limited to only four colours: red, blue, green and amber. The light modules used in this series are not adjustable, they are either on 100%, or off. If I wanted to dim one of the lights, I would have to move it farther away from the object I was shooting. In the future, I might have to put a potentiometer in each light module to control it’s output. I can’t use a micro-controller to act as a dimmer, since PWM does nasty things to CMOS sensors. 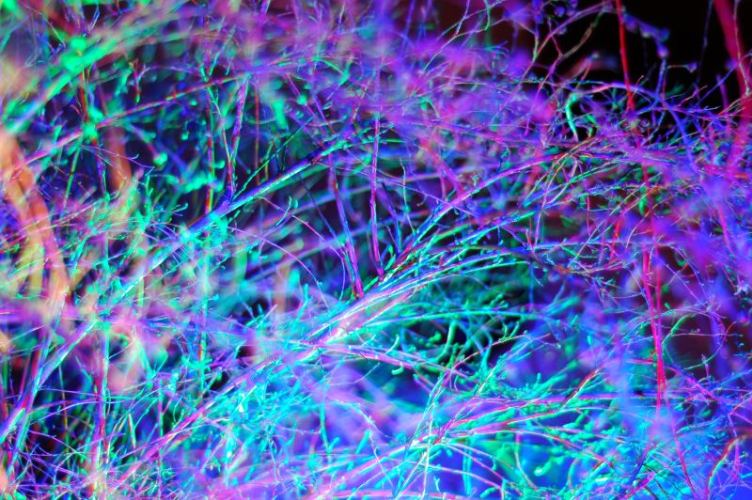 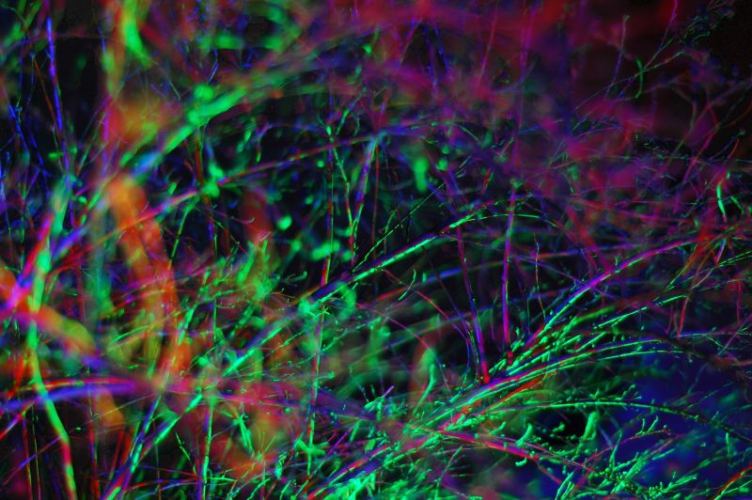 Tweet As Brad and I were organizing the images for inclusion in Illuminated Landscapes, we were initially intimidated by the large number of images before us. We found it helpful...

One thought on “Illuminated Landscapes: Abstract”